It's a wrap on a few fronts for us

Our house is now officially Passive House standard air tight as we have finished the internal air tight wrap. It's a wrap on the finishing of the outside of the house, there are still bits and pieces to do but otherwise we think the house has come up a treat. Lastly, it is also a wrap and pack up of extension cords, tools and radios as the team head off to other jobs for the next few weeks.

To begin with in the last 6 weeks the windows were installed and taped to the external wrap, 'picture frames' built around this which hid the tape and finished the traditional look of the house. All the weatherboards and pine lined eaves have been completed and painted.

The front door we bought from Paarhammer was also installed. The great thing about the door was that Paarhammer can also do RAL colours (which is what the windows from German came in) so the door frame was able to match perfectly to the window frames.

Next, the all important air tight wrap begun.

Starting with the ceiling, the insulation was installed in the overhung section of the trusses. This is vitally important to make sure there are no thermal bridges. I've mentioned in the previous post, that I like to think of the insulation as a big warm feather down jacket. A thermal bridge in a house is like a feather down jacket with the zip open. Even less extreme a thermal bridge can be the difference between a thermal jacket with an exposed zip and a jacket that has the zip covered by an extra flap and buttons over the top of it. You can feel the cold air passing through the zip not covered compared to the one that has the extra layer of insulation over the top of it.

Similarly for the passive house Devin had already planned how he was going to make sure that any joins between the wall frames and roof trusses were insulated to avoid thermal bridges.

The beauty of having no internal walls up was evident when the guys installed the air tight wrap to the ceiling, there were no wall junctions to navigate making it a quicker and more effective process. Timber battens were installed over the top of the wrap, again to act as a service cavity and for the plaster to be installed onto.

The insulation of R4 high performance batts took up the full 140mm space of the timber stud walls. The combination of the floor, walls and ceiling full of insulation is now what creates the beautiful thermal envelope. The air tight wrap on the walls was installed, around the windows an insulating expanding foam was used to make sure that the space between the frame and the windows were fully sealed, as this is another key area in which thermal bridges can occur

There are of course a few penetrations through the envelope including plumbing pipes, the ventilation system outlets and electrical cable conduits. At each of these, specific ProClima seals were used so there are no gaps for air leakage around them. Devin even got a custom made man hole which is made with door seals and a spring latch to minimise air leakages through this area.

The taping of the wrap to the window frames was one of the most tedious and labour intensive jobs on the house, however the saying good things take time comes to mind as the taping is crucial to achieve the air tightness required. We also used Orcon by Pro Clima to seal the wrap to the yellow tongue flooring.

All the joins in the flooring were filled with polyurethane to seal any air leaks. We have also been able to put up some internal walls now that the air tight wrap is complete. so it is starting to feel like a home.

Just yesterday we had our first blower door test! There were a few nervous guys onsite who had spent the last 2 weeks with tape, wrap and seals as best friends. Devin even had a nightmare the night before the test, that he couldn't find anymore tape onsite to fix some air leaks, he woke up with his bedside table all emptied out trying to look for the tape in his sleep!

To achieve Passive House certification the house cannot have more than 0.6 air changes per hour (ACH). To help me visualise this, a passive house of this size (20 squares) cannot let more combined air out than the size of a business card.  A standard new 6 star energy house could have between 10.0 -20.0 ACH, which would be like leaving the front door open with the amount of air continually escaping/changing in the house.

Joseph from Efficiency Matrix conducted the test, in which he uses a tent like seal with a fan in it on the front door frame, a blue hose laid out inside to measure pressure and a computer program. The house is pumped full of air, so much so that we could could see the wrap pushed back against the wall frames and trusses.

It turns out that Devin's bad dream was just that, because on the first test we achieved .36 ACH. Certification here we come!

The value of great windows 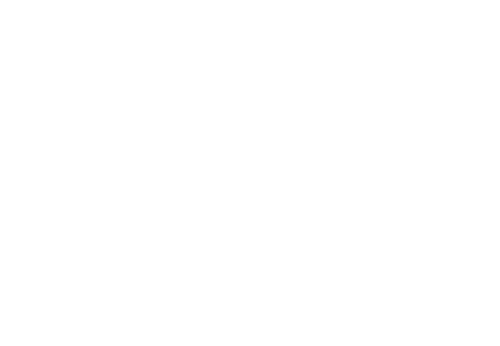